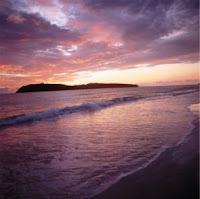 Naturally Langkawi captures the essence of what sets Langkawi apart from the other popular island destinations in the region; its 550 million year old rock formations, 99 islands forming the region’s first Geopark; its natural complement of rainforests, mangroves, wildlife, waterfalls and beaches; its legends and folklore and the genuinely friendly people of Langkawi. These natural icons make Langkawi a 'living museum’.

Currently ranked the fourth best island in Asia by a poll done by CondéNast Traveller, Langkawi also aims to be one of the top ten eco-destinations in the world by 2015. Langkawi emphasises sustainable development of its tourism offerings in order for it to achieve its objectives.

“Developing Langkawi as a popular tourist destination is important as it is creates further opportunities for the people to partake in Langkawi’s tourism industry especially for the people of Langkawi. It is however just as important to do this in a sustainable manner to ensure the natural treasures of Langkawi are kept for the future generations of Malaysians and the world to enjoy,” said Dato’ Seri Najib Tun Razak.

Tourism operators and hoteliers in Langkawi have thrown their support behind the new Naturally Langkawi brand and are excited about the potential opportunities it will create. Naturally Langkawi will spearhead LADA’s efforts in achieving its 3 million tourists arrivals and RM3.8 billion tourism revenue by 2015 as laid down in the Langkawi Blueprint.

Posted by Representation Plus at 03:55